The US Diversity Visa Lottery (DV) is a well-known program that is applied for by millions of people globally each year looking for a chance to be able to become a Permanent Resident (green card holder) in the US. The official Instructions and Registration period for the Diversity Visa Lottery 2022 will likely be announced in October or November of 2020. Our expert migration agents have answered the most common Green Card questions including:

What is the US Green Card Lottery?

What are the Green Card Lottery Requirements?

Which Countries are Eligible for the US Green Card Lottery?

What are the Chances of Winning the Green Card Lottery?

How to Apply for the Green Card Lottery?

When is the Deadline for the 2022 Green Card Lottery?

What is the US Green Card Lottery?

The US Diversity Immigrant Visa Program (also known as the green card lottery) is operated by a lottery system by the US Department of State to issue up to 55,000 immigrant visas annually under the program during the US fiscal year (October 1 to the following September 30). The goal of the program is to increase the diversity of immigrants to the US by selecting those from countries with low numbers of immigrants to the US within the previous five years.

This program has roots dating back to 1986 to create an immigration program that operated outside of the traditional family, asylum, employment, and investment pathways. The Immigration Act of 1990 created a permanent Diversity Visa program that is in operation today.

Those who enter the lottery system, generally held in October, are usually notified of their selection in the following May. Individual applications are submitted through the Electronic Diversity Visa (E-DV) website once selection opens. Instructions for the program are listed on the US Department of State website.

If selected in the lottery, the Applicant then can begin a more detailed and lengthy application for an immigrant visa after the start of the fiscal year based upon their designated rank number. The Department of State keeps track of visa numbers and processing in the Visa Bulletin monthly. The visas are distributed among six regions: Africa, Asia, Europe, North America, South America and the Caribbean, and Oceania. Applicants’ country of birth determines their designated country and region. Therefore, Australians born in Australia are designated within Oceania.

Thus, for the DV-2022 program, the Department of State made the applications for the lottery available the week of October 5, 2020 online at the DV Program’s Official Website. Typically, applications are only received during the month of October, so you will want to make sure you submit your application quickly.

What are the Green Card Lottery Requirements?

The important primary requirements for the Diversity Visa Immigrant Visa Program for filing and being eligible for the program are as follows:

It is important to note, that an applicant must list an eligible spouse or children at the time of the initial application to enter into the lottery, unless the spouse or child is already an U.S. citizen or Permanent Resident. Failure to list all eligible children or a spouse will result in disqualification of the applicant and a possible refusal of a visa applications. An after acquired spouse, or child born after the time of entry can later be added to an application if selected.

Please note, de facto partners do not quality as a spouse for U.S. immigration purposes. A spouse only qualifies based upon a legal marriage.

Which Countries are Eligible for the US Green Card Lottery?

What are the Chances of Winning the Green Card Lottery?

The chances of being selected and receiving a visa are difficult to precisely state. The odds of being selected is determined by how many applications are made, the number of those applications from your country of birth, the distribution of visas in the six regions, the number of applicants receiving approved visas, and numerous other factors. Thus, it is very difficult to determine a precise number.

At present, the US Department of State has not opened the entry period for the DV-2022 program. Generally, the application period is open in October each year. The Department of State will provide an announcement and issue DV-2022 instructions for the opening of submissions for DV-2022.

How to Apply for the Green Card Lottery?

When the DV-2022 program opens for selection, applicants will able to apply through the Electronic Diversity Visa (E-DV) website.

When is the Deadline for the 2022 Green Card Lottery?

There will be a designated application period issued by Department of State, typically lasting one month or less. Once selections are announced the next year, all applicants must apply for visas during the fiscal 2022 year (October 2021 through September 2022). All visas must be issued by September 30, 2022.

Those born in Australia have generally always been eligible to apply for selection in the Diversity Immigrant Visa Program. Australia has not yet been considered a “high admission” country. It is unlikely That Australia will be considered one for DV-2022.

We are happy to discuss the DV-2022 application process or for those who have already been selected for the DV-2021 program, your situation for visa applications for the upcoming fiscal year starting October 01, 2020. Worldwide Migration Partners can advise on any current selected application for DV-2021 or discuss future applications. If you would like further information regarding your eligibility, please don’t hesitate to reach out to us!

More From Our Blog

The Trump admiration recently announced two related rules that will impact numerous employment-based visa categories to the United States.  The main thrust of these new regulations is directed mostly towards visas that involve specialty occupations in the US including the widely used H-1B, the H-1B1 visa for Singapore and Chile, and the Australia specific E-3 […]

I Want To Marry A US Citizen – What Are My Options?

I want to marry a US Citizen – what are my options? Amidst these unprecedented times due to the COVID-19 virus pandemic, it has never been more important for partners/fiancé(e)s of US citizens to remain together. These unprecedented times may create significant disruption for the families of US citizens, including planning where the family may […]

I Have A US Citizen Spouse – How Can I Apply For A Green Card?

I have a US Citizen Spouse – how can I apply for a green card? Despite the current indefinite suspension of most visa services at US consulates and embassies abroad, parts of the US immigration system are continuing to operate. Currently this includes US Citizenship and Immigration Services (USCIS), which continues to work forward to […] 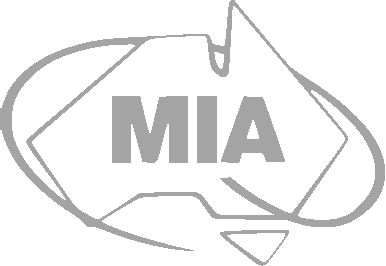